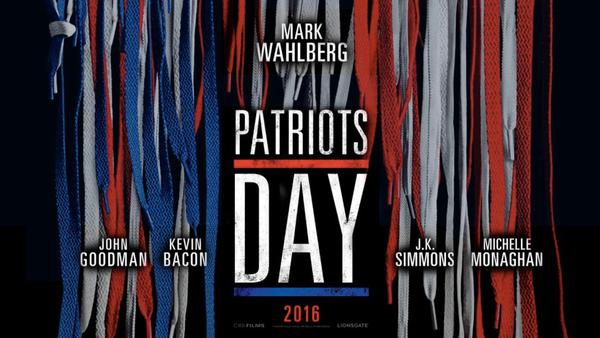 I wanted very much to like Patriots Day, the new film that details the events surrounding the Boston Marathon bombing in 2013; it is a story that needed to be told and is intended to serve as a tribute to all the first responders as well as the people of Boston themselves.

Director Peter Berg, once again teaming with actor Mark Wahlberg as he did in “Lone Survivor” and “Deepwater Horizon,” has crafted a  competently-made film  that features some nice performances  and does a good job of incorporating actual footage of the bombing and aftermath.

However, good intentions do not necessarily make a good movie and this one did not work for me. For starters, I was put off by the character played by Wahlberg;  he is not a real person but rather a composite of several actual police officers, a screenwriting decision that may have been necessary to get Wahlbrrg’s participation  but actually serves to turn the character into a bit of a supercop who is present at every event, including the bombing itself,  the identification of the suspects  and the final arrests.

I was also bothered by the crude language in the film, with the F word being used almost constantly and in virtually every sentence uttered by every character, a conceit that was both unnecessary and off-putting.

I am a sucker for true life stories – two  recent better examples are “Hacksaw Ridge” and “Hidden Figures” – and I am more than willing to accept some fictionalization of the story, but Patriots Day  is a bit too visually ugly and crude to give it a strong recommendation.

Because it is, as I noted earlier, a story that needed to be told and because of the extended (some would say unnecessarily protracted) end credits  that introduce us to the real characters, along with interviews with survivors and a tribute to those who died, I will give the film four of my run-on sentences.