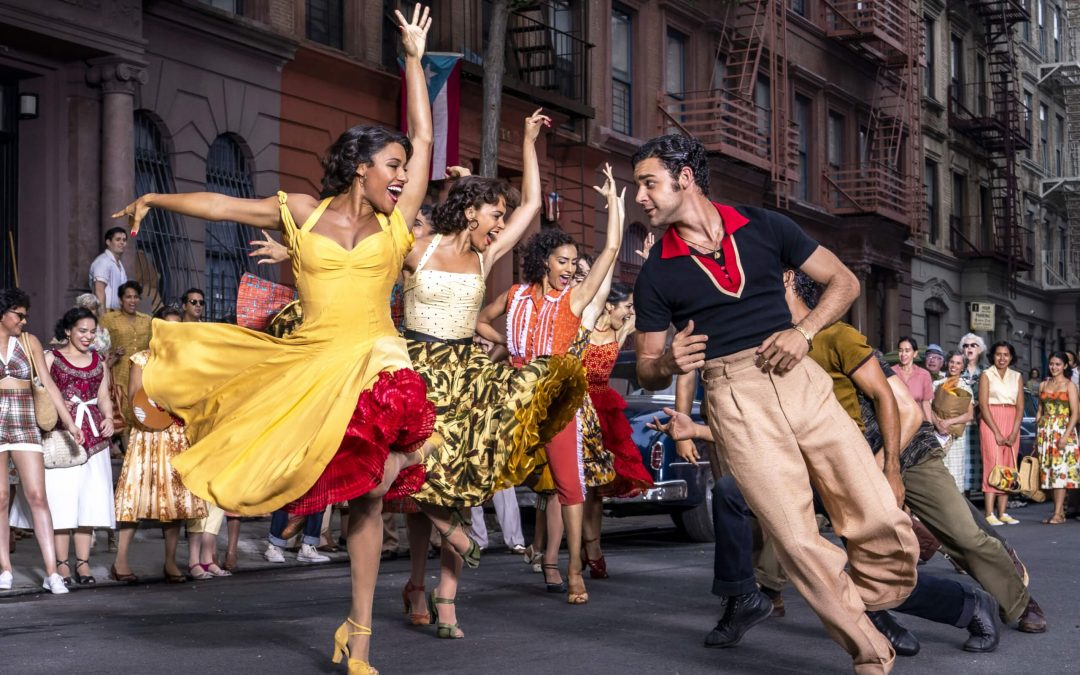 Two cultures, both alike in dignity (In fair Manhattan, where we lay our scene), from ancient grudge break to new mutiny, where civil blood makes civil hands unclean: This is the story of the West Side, with language not quite as foreign to our ears as Shakespeare, and a tale just as timeless as ever.

Few filmmakers should dare to tackle a movie musical, much less the musical, the sacred text, one of the most revered musicals in the history of the medium, and yet when word spread that one of our greatest (and most sentimental) directors was taking on the challenge, there was cautious hope.

That hope did not disappoint, as West Side Story is achingly beautiful, buoyant, raw, and powerful, combining the lyrics of Stephen Sondheim and Leonard Bernstein’s music, skilled dance, and a story that sadly needs to be retold again and again with performances that border on flawless.

Newcomer Rachel Zegler (who convinced Steven Spielberg to delay the start of filming so she could be in her high school senior theater production of Shrek) is a perfect Maria, with additional standout performances from the wiry and intense Mike Faist as Riff, Ariana DeBose as Anita, and Rita Moreno (who won an Oscar as Anita in the 1961 film) in a role created for her as Doc’s widow.

So yes, the film makes some changes from the classic stage musical (a very risky thing to do), including changing the order of some songs and switching who sings them, but it all somehow works, and quite poignantly so for one much loved song (I won’t spoil it, but it’s powerful).

The movie leans more strongly on its Puerto Rican roots than past iterations, too, as seen in the casting and the untranslated snippets of Spanish throughout, and though I could find a couple of things to nitpick about the film, I’m going to refrain from doing so here, simply because I wouldn’t want anybody to see this film seeking flaws when it should simply be enjoyed and appreciated.

I saw this with my family, including my older kids who are on the cusp of the ages of the star-crossed lovers, and my oldest was still remarking days later what a sad, sad story it is,
For never was a story of more woe
Than this of Maria and her Antonio.