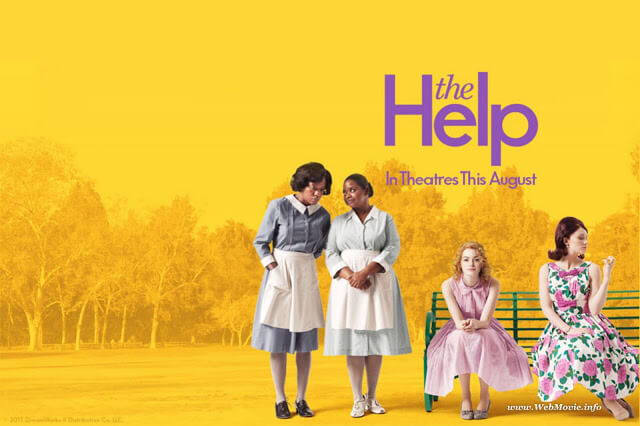 The Help, based on the book by Katheryn Stockett, is an unusually good adaption of a very good book.

The story, set in the early 60’s, is about a white woman (Skeeter, played by Emma Stone) in Jackson, Mississippi, who decides to write about something that troubles her: The lives of black women in the South, known as “the help”, who take care of white families, feeding them, cleaning their homes, and raising their children.

But to write about them, she must get to know them, and two of the maids (played perfectly by Viola Davis and Octavia Spencer) courageously open up to her and provide her a gateway to seeing the world through their eyes.

The foil in all of this is the Junior League President, Miss Hilly Holbrook (played by Bryce Dallas Howard, who really sinks her teeth into this one dimensional role), an evil and manipulative racist.

The screenplay wisely streamlines the book, hitting the high points of the plot while minimizing others, keeping emotional depth and giving nuanced and at times riotous touches of humor. The biggest thing that didn’t translate to the screen was the abject fear that Skeeter and the maids had of their identities being revealed, knowing that, in the South in those days, it could lead to being fired, beatings, or even death.

Though the movie has a  lighter touch, it really works, carried by the incredible performances, and had the audience at my screening applauding the inevitable comeuppance due Miss Hilly, and applauding as the credits began to scroll.

Rating: Worth 6 of my 7 run-on sentences.