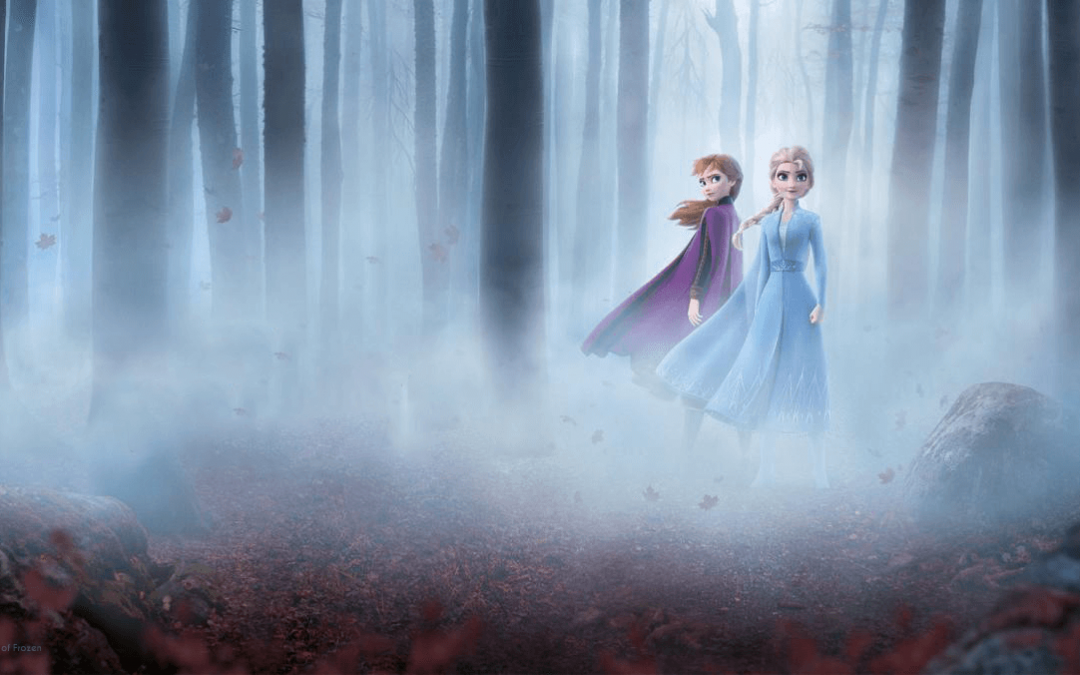 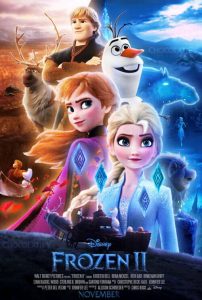 Ever see one of those videos that shows how Disney recycled animation sequences from their previous works and reused them in new ones? Frozen 2 isn’t much better, “borrowing” liberally from the first Frozen, but in a way that feels more lazy than homage-paying, right down to a big belting solo from Elsa (complete with costume change!).

Frozen 2 isn’t terrible, but it also isn’t memorable, and lacks the delight, surprise, and heft of the first one. The animation is often stunning to look at, and the music is fine – the hilarious highpoint is an 80’s power ballad love song – but I found the plot to be muddled, and I struggled to muster any real empathy for the characters. I did like how the story explored the backstory of Anna and Elsa’s parents and helped us understand, for instance, how one has magic powers and the other does not, but it gets kind of whackadoodle with a bunch of Gaia principled talk of elemental spirits and the like. We learn that water has memory, the wind can be tamed, giant rock monsters can’t, and fire lizards look just like the gecko Pascal from Tangled (see recycling reference above).

The ending of the movie feels right, though, in every way, and while I wasn’t crazy about this story, I look forward to seeing where it may lead.

Worth 4 of my 7 run-on sentences