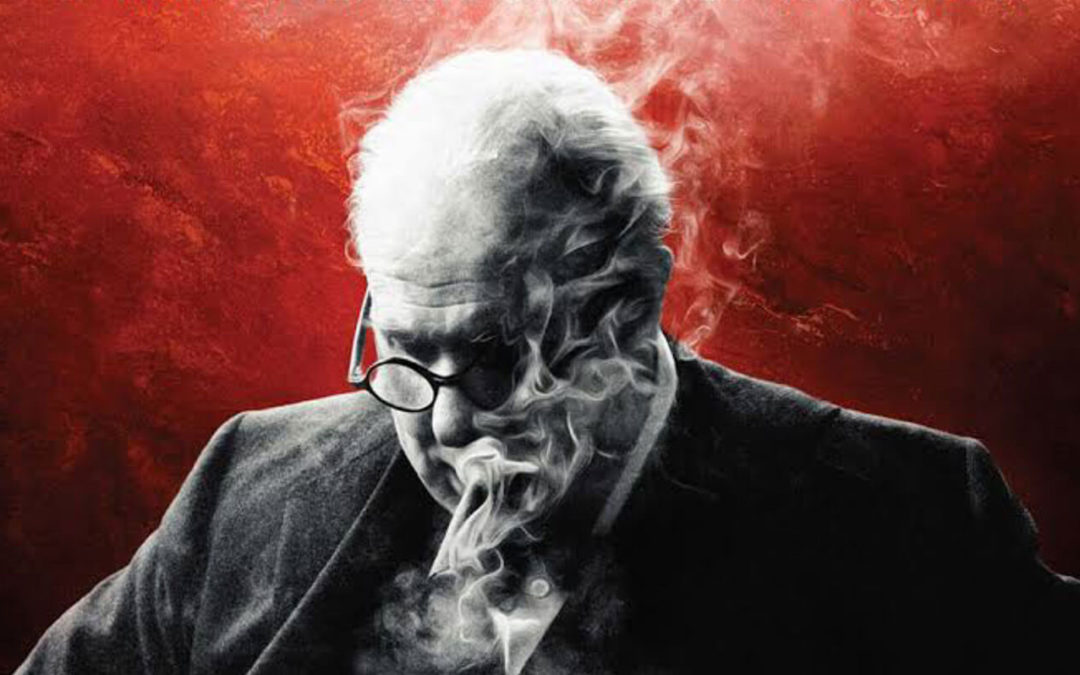 Once in a while a film comes along that features such a strong central performance that the movie itself is somewhat overlooked (a recent example being Spielberg’s Lincoln with Daniel Day-Lewis giving a towering performance as our 16th president).

Darkest Hour, Joe Wright’s new film, recounts the events early in Winston Churchill’s tenure as Prime Minister when he was faced with strong opposition from Lord Halifax and Neville Chamberlain, among many others, as he sought to determine how best to confront the growing Nazi threat.

While Wright’s film is a fine accomplishment in and of itself, it is centered around one of the greatest screen performances I have seen as Gary Oldman portrays Churchill in what can only be described as a tour de force of acting prowess.

Oldman loses himself in the role to an astonishing extent and, despite the occasionally distracting makeup and prosthetics, he employs the actor’s tools of voice, posture, gestures and eyes to bring Churchill to life in so realistic a manner that it’s easy to forget one is watching a movie and not a documentary.

The rest of the cast supports Oldman admirably, with Lilly James providing a particularly nice supporting turn as his secretary and Kristin Scott Thomas doing good work as his wife Clementine, though one comes away wishing she had a bit more to do.

I have minor quibbles with the film, such as the fact that it is a tad slow at the beginning and a bit long overall, and occasionally Director Wright gets a bit cute with some prolonged tracking shots, some unnecessary slow motion sequences and a tendency to love shots that begin with someone looking up in the sky only to have the camera pull back into the clouds.

These minor reservations aside, and despite the fact that, like all fast-based films, it sometimes plays fast and loose with history (a subway encounter between Churchill and ordinary Londoners is totally fictitious), Darkest Hour is a very good film with a central performance that is not to be missed and it earns 6 out of my seven run-on sentences.