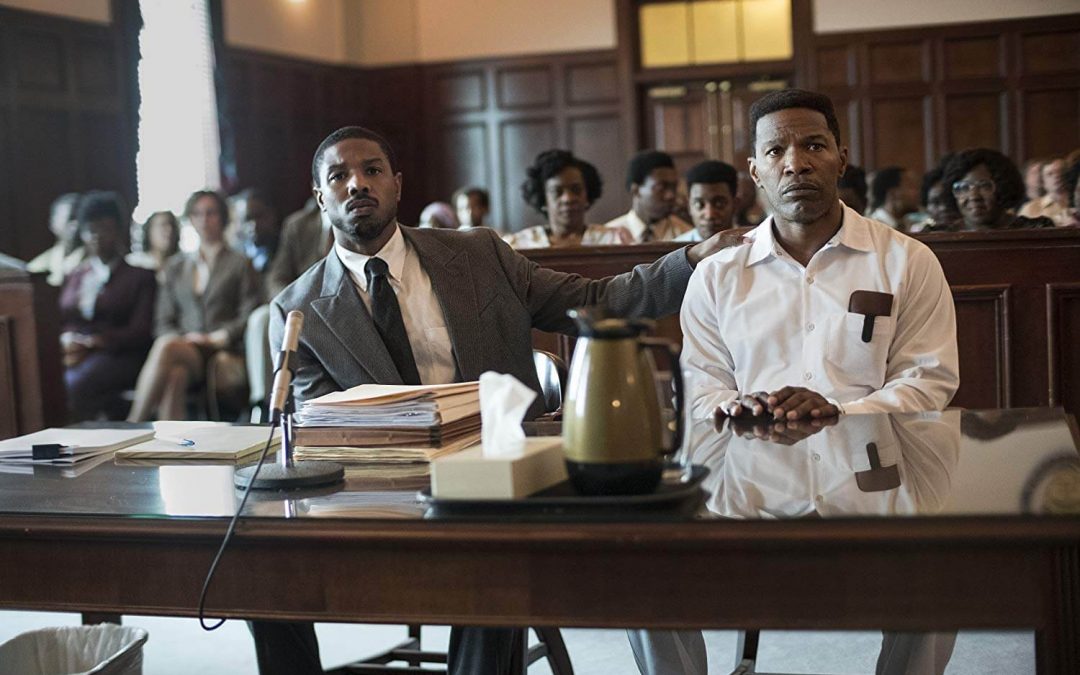 Just Mercy, the new film directed by Daniel David Cretton and starring Michael Jordan and Jamie Foxx, is a compelling depiction of the early career of Bryan Stephenson, a Harvard-trained lawyer who came to Alabama in the late 80s and created the  Equal Justice Initiative (EJI), an organization dedicated to challenging racial and economic injustice.

The film, rather than spend a lot of time on the founding of the EJI, chooses to focus on a specific case handled by Stephenson, the wrongful conviction of Walter McMillian, a black man who is on death row based on false eyewitness accounts.

Just Mercy is very well done and the filmmakers decision to focus on the McMillian case allows them to vividly demonstrate the harshness of the court system and the unfairness of the death penalty as it was applied to minorities; a segment devoted to the electrocution of a prisoner is almost impossible to watch and provides, for this reviewer, the single greatest argument against the death penalty ever put on film.

Cretton is not an imaginative director – his shots are mostly static and straightforward – but his style fits the story effectively; my only regret is that I think some of the characterizations could’ve used a bit more nuance.

The acting is very good across-the-board – Foxx stands out as McMillian and, in the small but pivotal role of the witness whose false testimony help convict McMillian, Tim Blake Nelson is excellent.

Jordan is effective as Stephenson, though he tends to underplay the role and I would have liked to see a bit more fire and anger; he really comes alive in a front porch confrontation with the DA and I wish there had been more of that.

Just Mercy tells an important and relevant story and tells  it well; I give it six out of my seven run-on sentences.