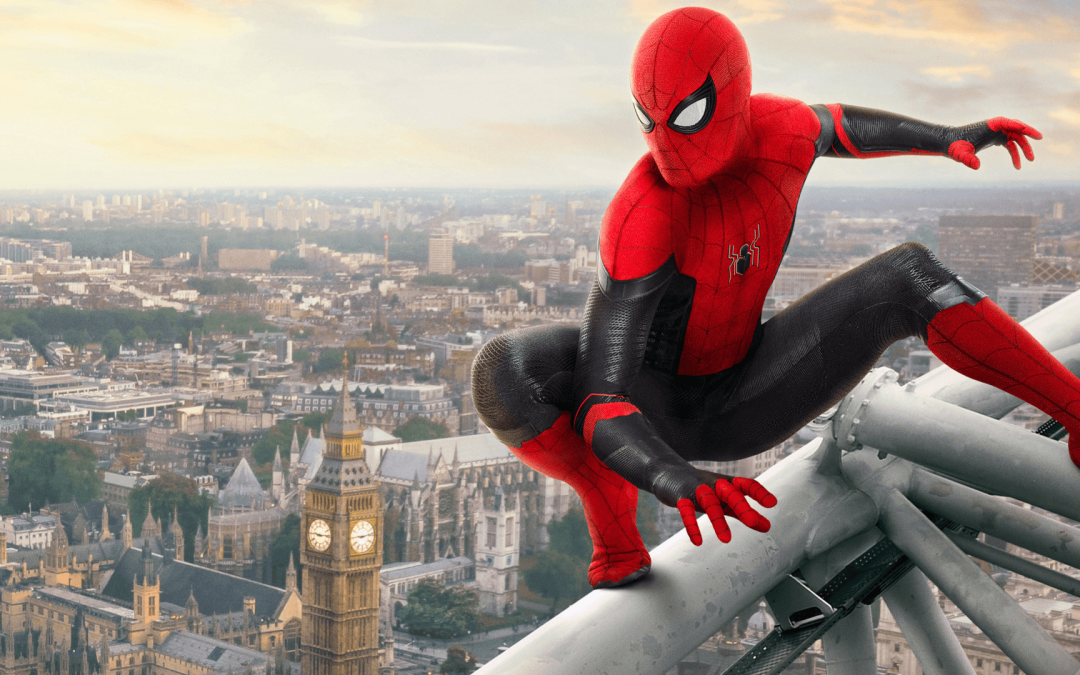 Spiderman: Far From Home (henceforth to be referred to as FFH) is a generally entertaining entry in the series of films/comics/TV shows/etc that make up the Marvel Comics Universe (MCU).

Coming on the heels of the overblown Avengers:Endgame, FFH wisely does not take itself too seriously, signaling that it is not going to do so by addressing the “time jump” crucial to Endgame with a few early jokes and then forgetting about it, moving on to allow Spiderman another chance to save the world from the latest Big Bad.

It is hard to describe the plot without giving too much away but suffice it to say it involves a school field trip to Europe with Peter Parker and his classmates that goes wrong with the appearance of the aforementioned Big Bad and the introduction of Mysterio, a superhero from an alternate  Earth or some such place (not that it matters in a film like this) plus a mid-point plot twist that likely will surprise no one.

Director Jon Watts keeps things moving and gets nice performances from most of his cast, especially Tom Holland as Spiderman/Peter Parker and Jake Gyllenhaal as Mysterio, with the latter in particular really enjoying himself and having a lot of fun with his role.

Let’s face it – one knows going in what one is going to get from a film of this type: lots of CGI, countless explosions, mass destruction with few people actually getting hurt, and occasional interludes of character development all incorporated into a plot that makes little sense.

If you accept that and just go with it, FFH does provide an enjoyable two hours of entertainment with some humor, some poignancy (primarily stemming from the characters’ fond recollections of someone I won’t name here who died at the conclusion of Endgame) and some intrigue about what happens in the MCU next, courtesy of the now-expected mid and end-credit scenes.

FFH is not a great film but it doesn’t aspire to be, settling for providing a good time at the movies that doesn’t require much thinking, thereby earning 5 out of 7 of my run-on sentences.