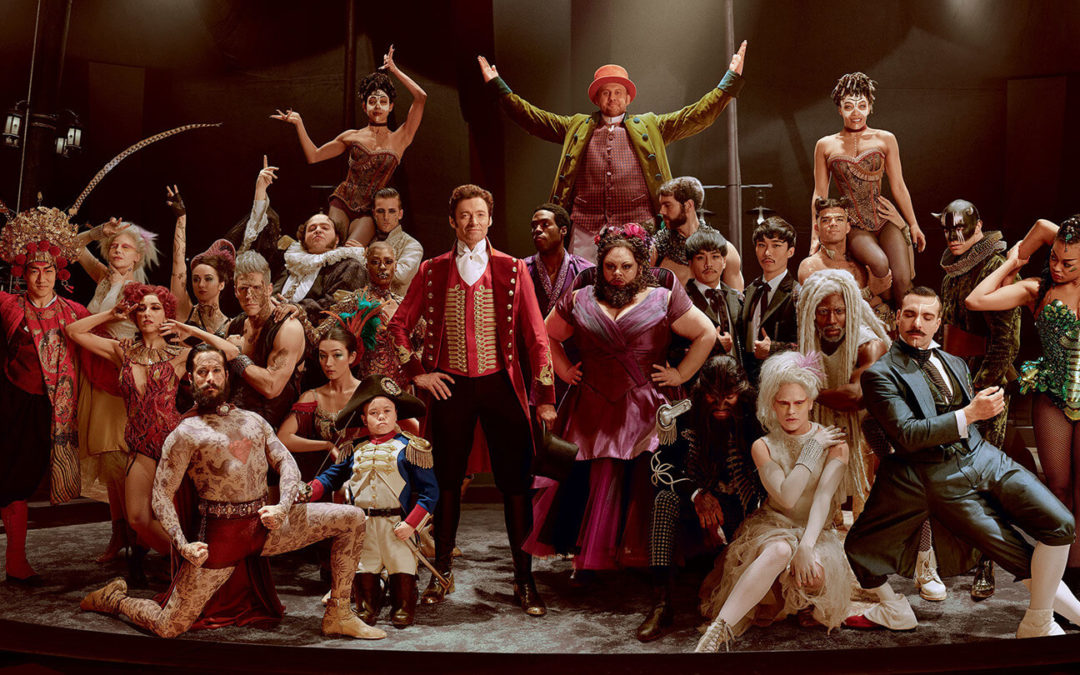 Let me begin by saying that I went into The Greatest Showman, the story of P.T. Barnum (Hugh Jackman), predisposed to like it for three reasons – I love movie musicals,  Jackman can do no wrong, and I was glad to see a film out there suitable for the entire family, a category with too few offerings.

Alas, my reaction upon exiting the theater was to shrug and say “meh, that was just OK.”

I must acknowledge that many friends and relatives, whose opinions I value, love the film, showering it with accolades and talking of standing ovations, repeat viewings, etc.

Thus, let me take my remaining three sentences to provide the reasons I thought it was just OK.

First, I did not think the music was particularly memorable, outside of the opening number and a song done in a bar between Jackman, Zac Efron and a very talented bartender.

Second, the film did not seem to have a compelling storyline but was rather episodic, jumping from set piece to set piece – Barnum recruits his performers, the circus burns down, Jenny Lind wows the states, etc. – while there was no true character growth or development (and despite the years that pass, Barnum’s daughters never seem to age).

Third, the theme of the film was clearly inclusiveness, tolerance, and acceptance of those who are different, but the filmmaker (Michael Gracey) presented that theme not with subtlety or grace but with  a sledgehammer, ensuring that we didn’t miss any opportunity to get hit us over the head with it.

So, despite the views of so many others, I must give The Greatest Showman only 4 out of 7 of my run-on sentences.