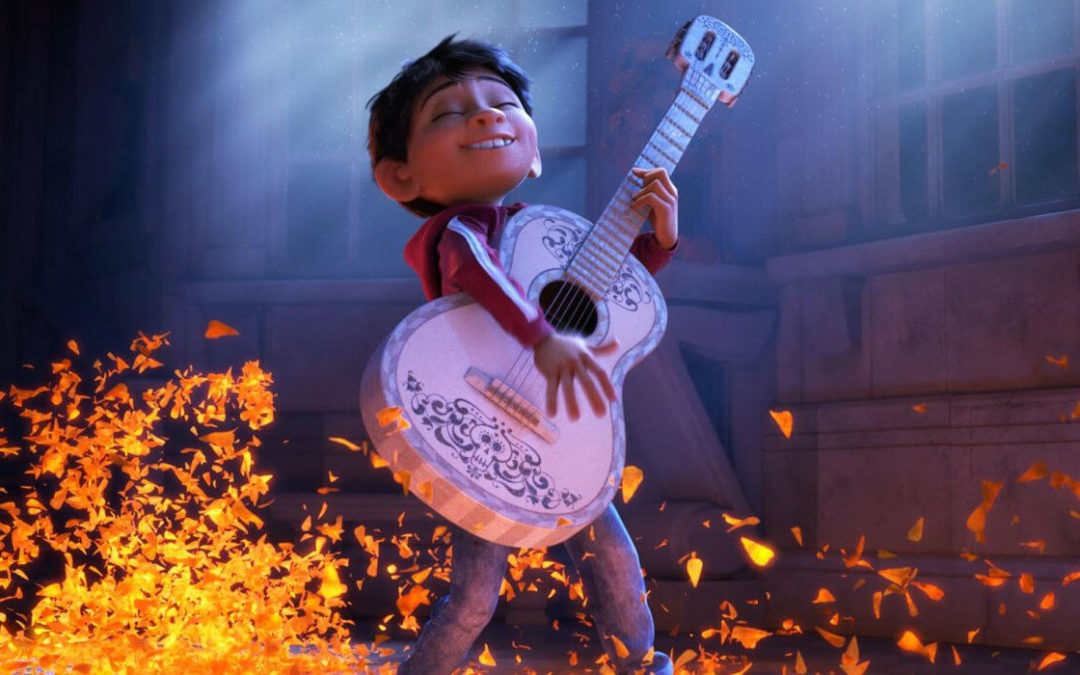 That single word warrants its own sentence (and this one too) because it conveys so much: gorgeous animation, reverence to culture, and the uncanny ability to tackle complex adult emotions in a five-year-old’s forum.  And, true to form, Coco delivers. Your kids will laugh and sing along with our hero Miguel, his hairless canine companion Dante, and his (literally) lifeless companion Hector, as they travel through the Land of the Dead in search of Mexico’s greatest once-living singer. And this laughter comes in handy, as it will detract from the tears you shed when Miguel resolves his tug-of-war between family devotion and individual dreams at the feet of Mama Coco (you know, the same tears the same director pried from you and every other adult when Andy left his toys behind on his way to college.)

Of course, I know what you really want is for me to place Coco in the Pixar pantheon, so here goes: Coco stands proudly beside the outstanding original stories (Up, Wall*E, Inside Out), well above the good-but-not-great original stories (Brave, the Good Dinosaur), and cannot see from its lofty perch the Disney-forced, money-grab sequels (Cars 2, Monsters University). And, with my final sentence, I give two warnings for parents: (1) Expect to have post-film discussions with your kids about death and the after-life, as Coco is set during—and cannot be divorced from — Dia de los Muertos and (2) don’t let your kids watch the animated drivel force-fed upon them during the previews, lest ye desire to spend 2018 bombarded with pop references and potty humor.

Worth 6 out of 7 run-on sentences