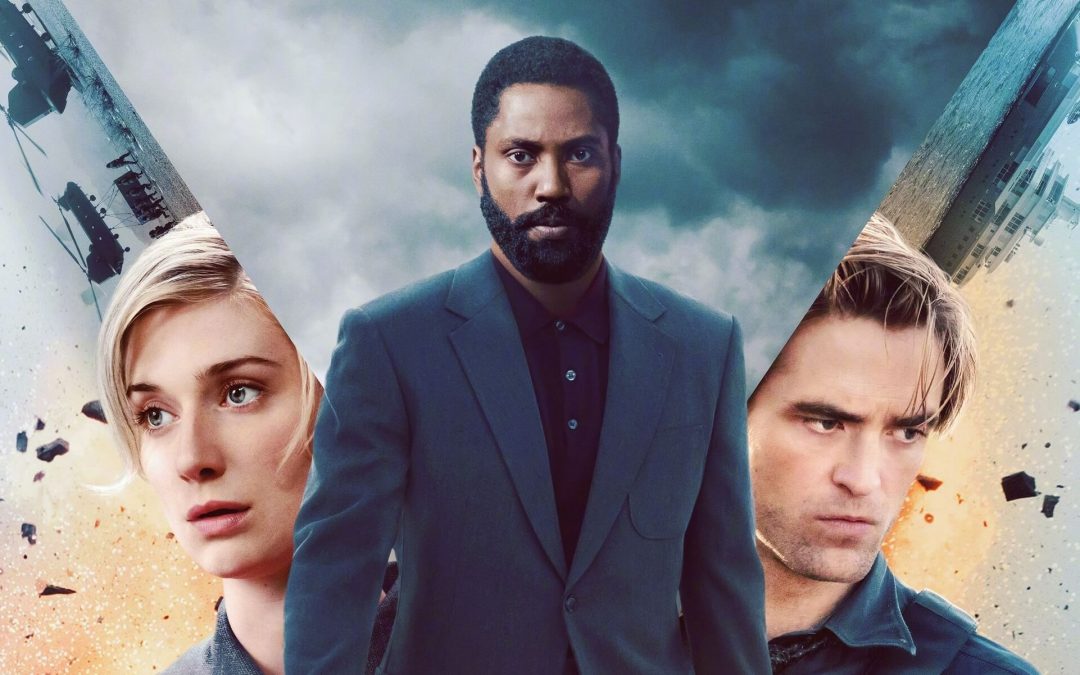 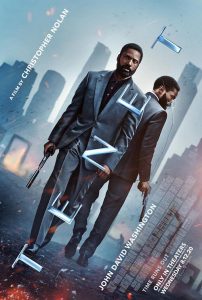 After viewing ‘Tenet’ and the series finale of Star Trek:TNG, it is pretty clear that ‘Q’ should have picked Christopher Nolan as his anti-time anomaly test subject instead of Jean Luc Picard, because a similar threat is what awaits the world not in the 24th century but in contemporary Earth, as featured in the new IMAX-shot high-budget time-bending spy-themed film…’Tenet.’

Tenet is probably the closest we will get to an Idris Elba-led Bond film, yet instead of Idris Elba we get Denzel Washington’s Son (John David Washington…not a bad trade) performing as our expert spy/protagonist, who is trying to hunt down Kenneth Branagh and stop him from ending the world, while enlisting the help of Robert Pattinson (who may or may not actually be turning into a serious actor) as his point man for what can best be described as a series of increasingly impossible missions.

As with Nolan’s Academy-Award-Winning Inception, Tenet defines a new concept (“Time Inversion”) for us to learn/accept/just-go-with-it, this time at break-neck speed with very little exposition, and while the beginning of the film only touches this new concept in passing as a catalyst for why they need to find/stop Kenneth Branagh, it is only until half-way through movie (right after the car chase in the trailers) that you reach the “holy crap” moment and the movie starts playing on a completely different level.

Like most Bond movies, Washington’s protagonist is already an expert spy, willing to taking his own life via cyanide capsule to protect his team members, and is also the audience’s window into the story, but this turns out to be both the film’s strength and weakness in that it keeps the film lean and moving but conversely a) like Bond, the character usually exhibits little to no growth throughout film (Skyfall being the Bond exception) and b) already being an expert in his field, he does not require tedious plot exposition to be spoon-fed to him in ridiculous detail, which puts the audience at a disadvantage by always being one step behind what the protagonist is discovering/thinking/planning.

Robert Pattinson fulfills the Joseph Gordon Levitt Inception part here in Tenet, but his role is kept primarily in mystery except for a few suspicious dialogue choices and questionable actions that hint there is more to him than meets the eye, which limits his character growth until an information dump at the end that is both quick, cathartic, hopeful, and very Terminator-esq (the first one from 1984).

With Denzel Jr as the audience placeholder and Edward Cullen as a mystery man until the end, as with any Bond film, this leaves the femme fatale Elizabeth Debicki and the villain Kenneth Branagh to carry the brunt of the character work, and both actors do an excellent job giving dimension/gravitas/motivations to these crucial supporting characters.

Rounding out the crew, Hoyte Van Hoytema finally channels his inner Wally Pfister by finally adding a dash of color to his typically bleak IMAX Cinematography while The Mandalorian’s Ludwig Göransson capably takes over for Hans Zimmer in scoring the movie to appropriate effect, and all this work by many talented artists ultimately creates yet another entry into Nolan’s filmography that succeeds in making the ordinary into something foreboding and magical and at times unique for the cinema, reaching for greatness but…dang it…falling just a hair short. 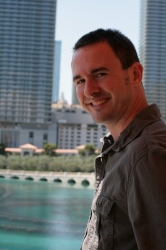 Doug Jenney
Doug Jenney famously said after a back-to-back non-stop showing of all three Lord of the Rings Extended Editions, "Yeah...let's never do that again."