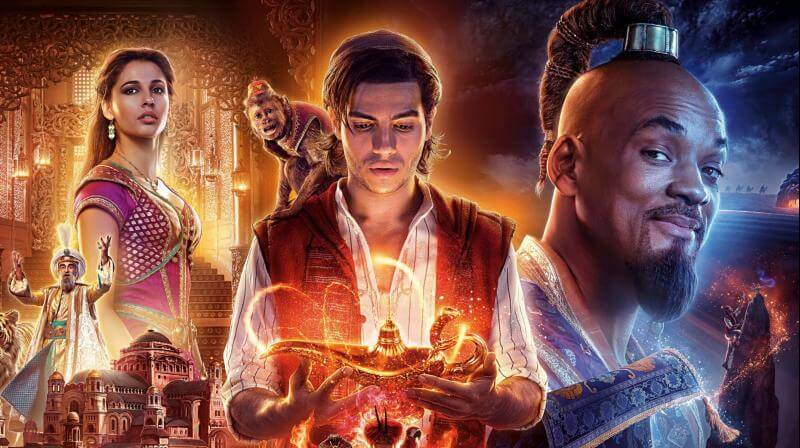 Let’s get straight to the point: Disney’s live action Aladdin is delightful, and had me grinning throughout.

Probably like you, I had reservations about Will Smith in a role that Robin Williams made so iconic, but his charm is hard to suppress, and he entertains with his own over-the-top take on the Genie.

The chemistry of the entire cast just flat out works, and Mena Mossaud as Aladdin was particularly notable, bringing charisma, great singing, and light footed physicality to the role.

My kids loved it too, with there being just enough suspense and evil to make my littlest fearful without making her terrified, and enough humanity and heart to make us all root for the characters.

Aladdin has some very well-known songs from the original, and they were brought to life in spectacular ways, with impressive big musical numbers (like the show-stopping Prince Ali, Never Had a Friend Like Me, and One Jump Ahead), a touch of Bollywood with a closing credits dance number, and some obscure number about taking a flying carpet ride to see a whole new world that was well done.

There are a few changes from the original, and, in my opinion, they are good choices, including an opening narration that comes full circle by the end, and a new song for Jasmine that gives some strength to her character.

Aladdin is the perfect movie to kick off summer, and one that my family has all agreed on: We’ll be returning to the theater to see it again.