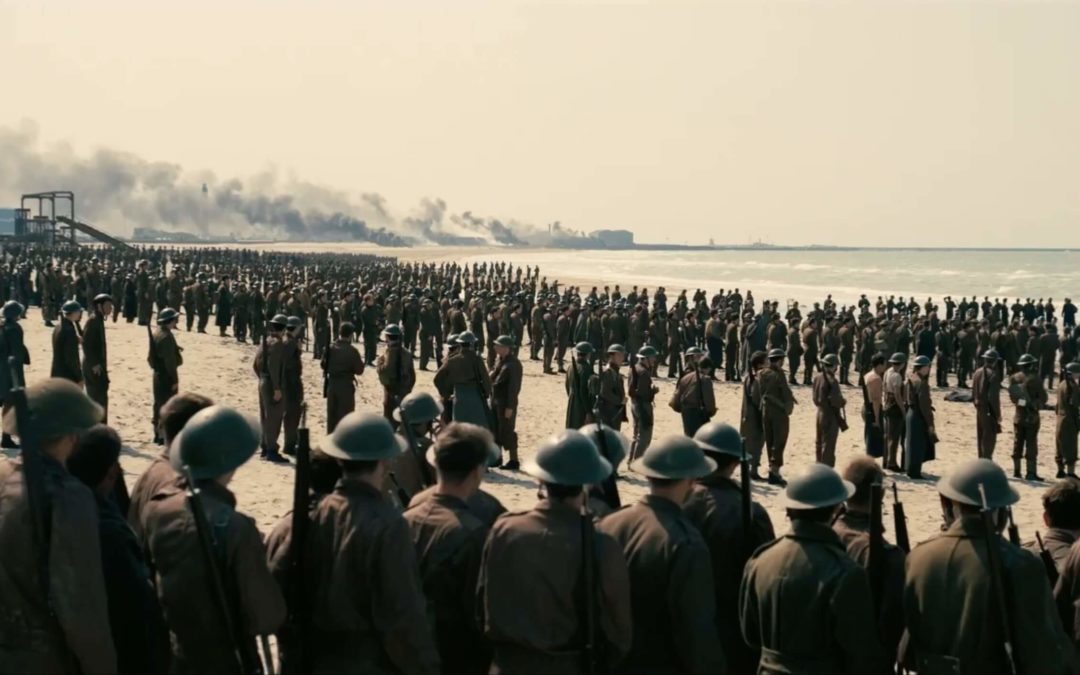 Christopher Nolan’s Dunkirk tells the true story of the evacuation of the beaches at Dunkirk in northern France in 1940; several thousand British and Allied troops were trapped  there, literally in sight of England’s  coast but unable to escape due to the shallow water that prevented large ships from coming in close enough to get the men out.

Dunkirk is a superb film, telling the story in simple terms, focusing on a few key characters and eschewing  big names to play those roles (with the possible exception of Kenneth Branagh and Tom Hardy, few of the actors are familiar).

This allows the viewer to more easily become lost in the story, as opposed to a film like The Longest Day, where you were constantly distracted by “look, there’s John Wayne or Red Buttons  or Peter Lawford or Richard Burton etc.”

Nolan centers the film around three sets of characters – a British pilot, a small boat sailor and his son who are part of a flotilla of boats helping with the evacuation, and two young men trying to find a way to escape the beach; Nolan frequently cuts quickly between the characters but it never becomes distracting or confusing.

The camerawork is superb, particularly in the aerial dog fights  between the British pilot and the Luftwaffe aircraft strafing the beaches and bombing the ships that are trying to evacuate the troops; Nolan shot the film in 70 mm and it shows what can be done by  a craftsman  who doesn’t overly rely on CGI.

The film – and this is no small thing – clocks in at a tidy one hour and 45 minutes, telling its story while resisting the trap of padding the action unnecessarily; in this day of bloated blockbusters that  have  little to say but take well over two hours to not say it, this reviewer for one appreciated Nolan’s ability to tell his tale and move on.

The film is not perfect – there are moments when the action becomes a little hard to follow, particularly in the scenes  involving the two young men and a sinking ship – but because of the superb storytelling skill Nolan brings, the excellent visuals, and his willingness to resist cheap emotion (last scene of Finding Private Ryan, anyone?) – I give Dunkirk seven of my seven run-on sentences.