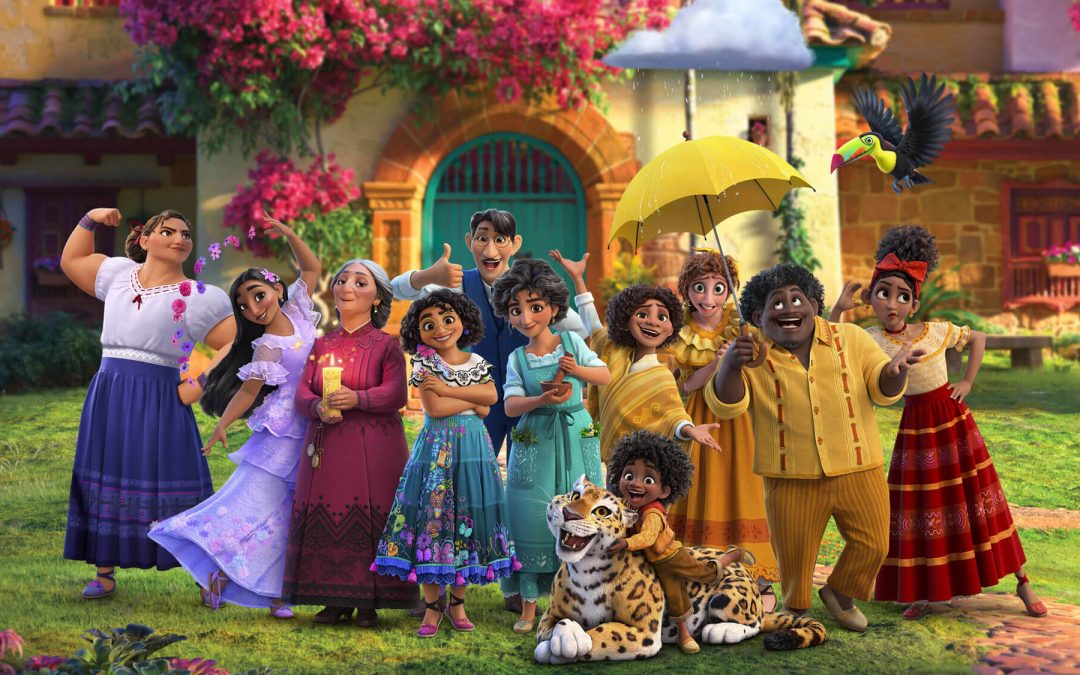 Disney’s latest animated film Encanto is a visual delight, with moments of color, beauty, movement and light that left me entranced and at moments, I’d even say, spellbound.

Set in Colombia and with music by Lin-Manuel Miranda, the movie pays homage to that nation’s rhythms, dance, architecture, and even colorful embroidery, and tells of a magic village and a family blessed with unique gifts who live in an enchanted house (that is very much a character in its own right) that is beginning to show some cracks in its literal and symbolic foundations. Within this imperfect yet gifted family is wrapped a message about acceptance, identity, and family expectations.

It’s a small quibble to observe that Miranda’s music is also a mixed bag: His clever dialogue serves the story remarkably well, but the music, brilliant though it is,  lacks memorable melodies that we would love to hear in a Disney musical, like A Whole New World, Under the Sea, or Do You Want to Build A Snowman? Having a daughter who has now watched this movie repeatedly on Disney Plus, though, I can confirm that they do become more memorable with repeated listening, and one song, Surface Pressure, is a favorite of mine, with brilliant visuals, lyrics, and production.

There is another sequence, a flashback, that I won’t spoil, but it was profoundly and unexpectedly moving.

The messaging is a bit simpler than Pixar movies that plumb psychological depths and ask more profound questions, but it’s still a wonderful story that affirms the unique role we each have to play in the lives of those we love, and who love us.