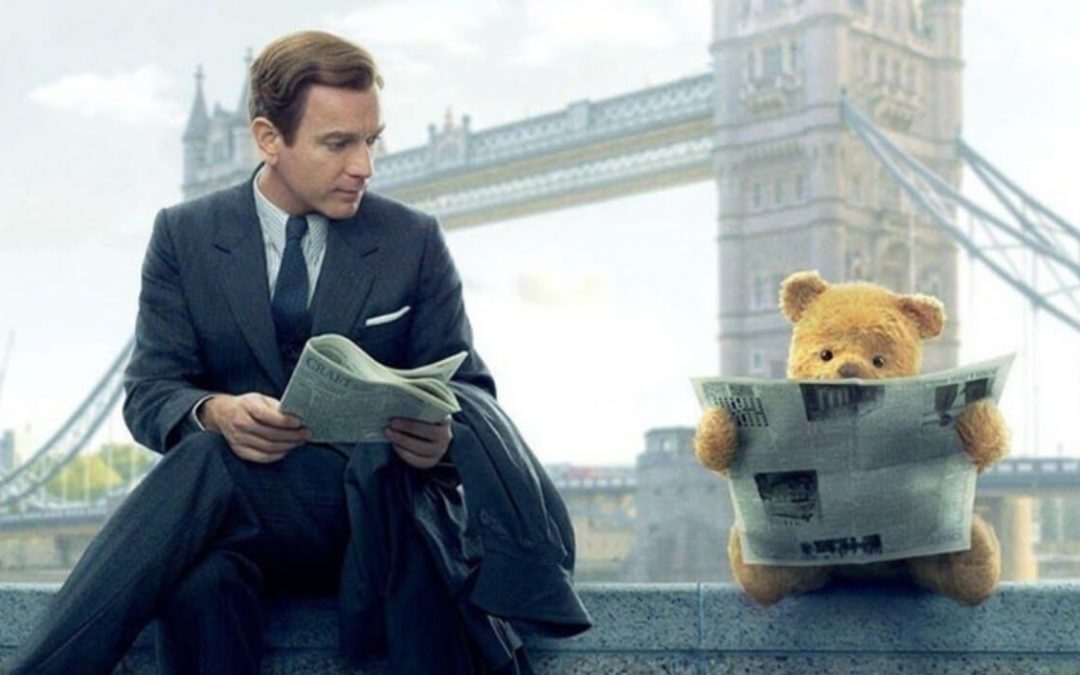 Disney’s Christopher Robin is a sweet, gentle little movie that comes along right when we need it as Director Marc Foster, who gave us the equally charming Finding Neverland a few years ago, has crafted a film that could by no means be considered great but delivers plenty of smiles and good feeling during a time when kindness and courtesy are in short supply.

Ewan McGregor is perfectly cast as the adult Christopher who has left his childhood friends behind and fallen into the workaholic rut that threatens to alienate him from his wife and daughter; Hayley Atwell is fine as his wife (though she has little to do for most of the film but look sad) but Bronte Carmichael is wonderful as his daughter.

The first 30 minutes or so of the film are a bit dark as we see Christopher’s problems at work and the growing tension at home.  Having a 5-year-old granddaughter with me made me wonder if the tone of the movie was going to be a problem.

But when the adult Christopher makes his way back to the 100 acre wood, the film brightens and it becomes the charmer I was hoping for and his interaction with the various denizens of the wood is well done and at times quite funny, with excellent voice work being done by the actors playing Pooh, Tigger, and the others (with Brad Garrett’s Eeyore being a particular favorite).

By the time most of Christopher’s furry friends follow him back to London and help solve his work-related problem, I completely bought into the story and got caught up in the sweetness of it and, when he and his family all return to the 100 acre wood, I was possibly guilty of wiping away a tear or two. A closing scene of Christopher and Pooh sitting together on a log talking about doing nothing was enough to cause me to possibly be a bit generous in giving Christopher Robin 6 out of my seven run-on sentences (but I don’t think so).