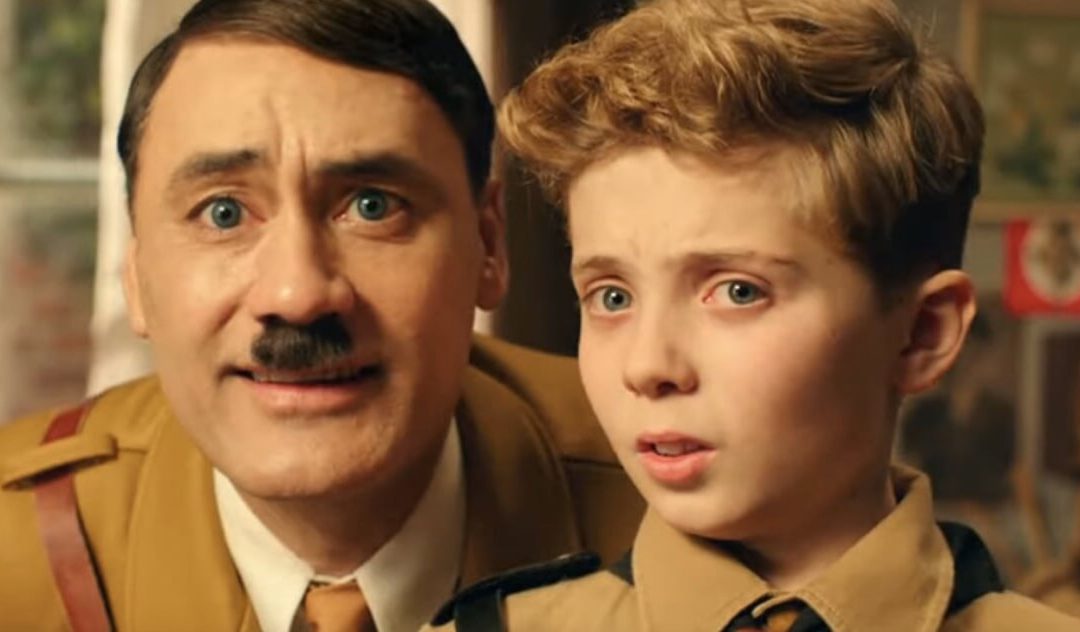 In 1965, CBS debuted Hogan’s Heroes, a sitcom that took place in a German prisoner of war camp and, despite the fact the Germans were all portrayed as bumbling oafs and the location was a POW stalag as opposed to a concentration camp, there was a fair amount of concern about using Nazi Germany as a source of humor.

With his new film, JoJo Rabbit, director/screenwriter/actor Taika Wahiti has waded into this perilous territory and has succeeded marvelously in keeping a balance between the horrors of Nazism and broad physical and verbal comedy as he tells the story of a young man, JoJo Krezler (Roman Griffin Davis) who lives with his mother Rosie (Scarlett Johansson) In an unnamed German town during the last days of World War II.

JoJo, who desperately wants to be a member of the Hitler Youth, finds his belief in Nazism challenged when he discovers that his mother has been hiding a young Jewish girl Elsa (Thomasin McKenzie) in their attic; this discovery leads to a whole reassessment of his goal to be a great Nazi, a reassessment that is played out in conversations with his imaginary friend, the Fuhrer himself, Adolf Hitler (Wahiti).

As director, Wahiti maintains an excellent grasp of his material, never letting it get out of control despite numerous tonal shifts from tragedy to sheer silliness, as typified by the way he uses the salute “Heil Hitler“ in a supremely nonsensical manner.

There are numerous times where things could have gone wrong but Wahiti, whose previous directorial credits range from the obscure and wacky (Hunt for the Wilderpeople) to the main stream blockbuster (Thor: Ragnarok), is so confident in his storytelling that he isn’t afraid to take chances and trust that his audience will stay with him even as he goes from sadness to an outrageous pun (you’ll never think of German Shepherds the same way again).

The acting is superb, with Davis and Johansson leading the way supported by excellent performances by Sam Rockwell as a somewhat incompetent Nazi, McKenzie as Elsa, Stephen Merchant as an overbearing German official and Wahiti himself as Hitler, whom he plays as alternately ingratiating, petty, comical and cruel.

JoJo Rabbit provided me with one of the most enjoyable movie experiences I have had in some time; it was funny, disturbing, surprising and thought-provoking as it dealt with love, loss, irrational hatred and fear of those you don’t know, all bundled into a charming and at times hilarious package, earning seven out of seven of my run-on sentences.