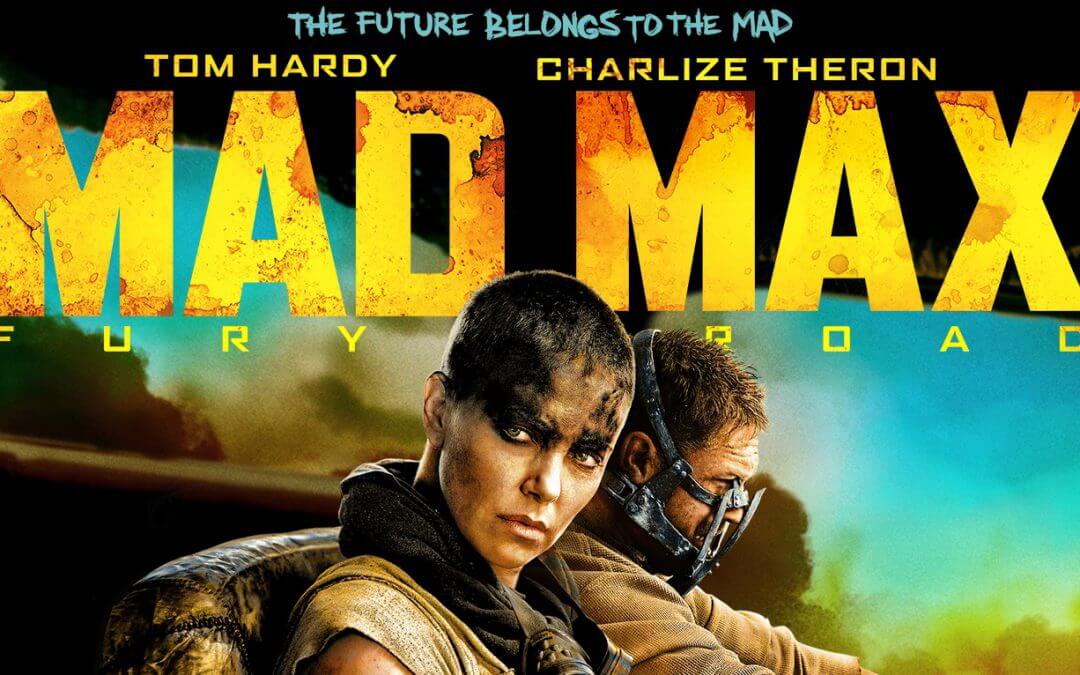 There’s a scene early on in Mad Max: Fury Road where our titular character Max (Tom Hardy) has been captured and affixed to a post on the front of a car, hung there like a figurehead on the bow of a ship, powerless and vulnerable as the car careens through the desert in a caravan of war machines doing battle, praying his enemy, the driver, doesn’t wreck, shoot him, or slam him into the car in front of him.

And that’s kind of how I felt watching this movie, where the term “edge of your seat excitement” proved to be more than a cliché, and it took me a good half an hour after the film for my heart rate to fully settle down.

I’m not that into movies that are purely billed as “action” movies, I’m not a car guy, I’ve never seen a movie with “Fast” or “Furious” in the title, and though I think I saw Mel Gibson as Mad Max years ago, I have no real memory of it, so I have no context for this film.

But good grief, this movie is a visceral feast, with chase sequences, cinematography, and production design unlike anything I’ve seen, and I thought it was absolutely fantastic.

There were moments of such sheer over-the-top spectacle that I literally laughed, not because it was somehow unbelievable but rather because of the audacity of what I was seeing on the screen.

Action sequences aside, there’s actually a plot and relationships that are the driving force behind this movie as Max is thrown into circumstances with Imperator Furiosa (Charlize Theron, who, I should note, steals the show and is really the lead character), and they realize their odds of survival in their post-apocalyptic nightmare world are better if they are together than apart.

Again, this movie is spectacular in the root sense of that word – it’s a spectacle – and also in the broader sense: Much to my surprise, this is the best movie I’ve seen lately, a crazy, over-the-top, religious, audacious, adrenaline soaked spectacle.

Worth all 7 of my 7 run-on sentences.