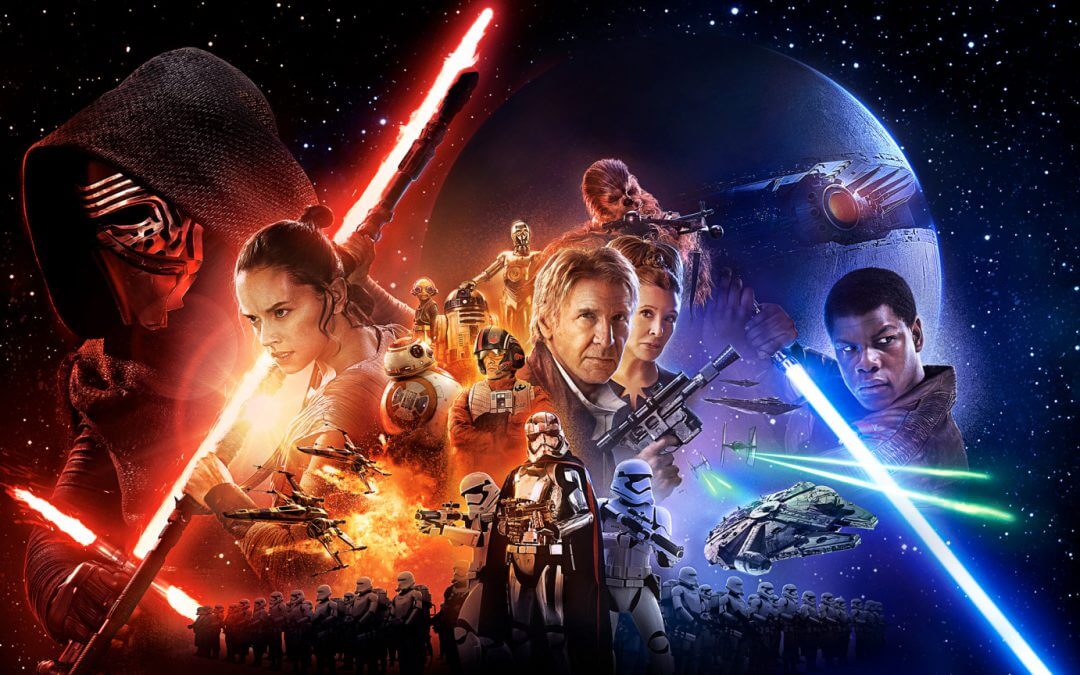 Star Wars: The Force Awakens feels redemptive in so many ways, making up for misguided prequels, somehow restoring a balance to the Force as it restores old friends and ideas to the screen.

From the famous title crawl and pan down across the stars, the unexpectedly humorous first third of the movie is non-stop pleasure  as we watch perfectly cast new-comers – delightful in their youth, insecurity, and self-discovery – cross paths with people and objects that are admittedly oddly sentimental to people of my generation, and director J. J. Abrams fills the screen with little details, debris of old battles, scene transitions, and even camera moves that pay homage to (while often surpassing) the original, all while keeping us captivated by the pluck of these youngsters who have no idea of the historical importance of what is around them.

But we know, don’t we, the watching audience, that these old people have stories to tell, and that they’re not myths at all, that it’s true, all of it: The dark side, the Jedi, they’re real.

This Star Wars had moments that took my breath away, with terrific aerial dog fight action sequences, fully-rendered landscapes and creatures, and plot twists and character reunions that played on my emotions far more than they probably should have.

But in the midst of this movie from a long time ago and a galaxy far, far away, it’s also a sobering look in my own mirror as I see these familiar faces on the screen, the first ones I saw in my first “real” movie from when I was 5 years old, and realize that now they’re my old friends (double entendre fully intended). How quickly the monuments of power can be left rotting in the desert to replaced by something else, and how greying and hobbled and old we all become.

While the story bogs down a bit in the middle and some ideas from previous installments get recycled to the point of me wondering if it was just lazy writing, J. J. Abrams has helmed a remarkably good addition to the Star Wars franchise, reminding us (and George Lucas) that sometimes it’s good to let the younger generation fly the Millennium Falcon every now and then.

Worth 5 of my 7 ridiculous run-on sentences.