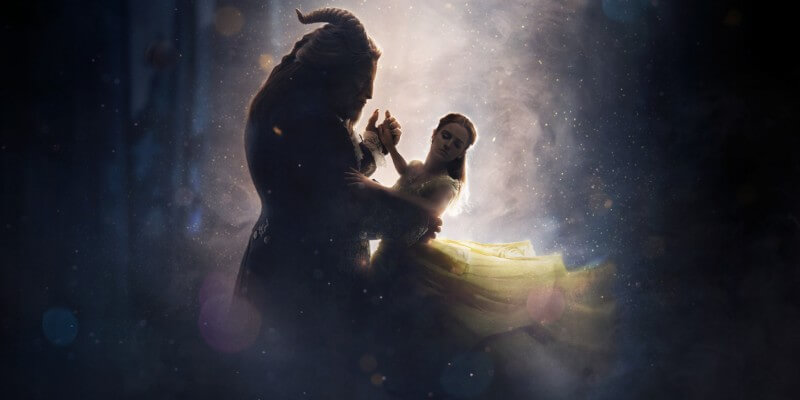 It is difficult, when reviewing Disney’s new live-action film Beauty and the Beast, not to make comparisons to the original animated version from 1991 since the original was a great film which, along with The Little Mermaid and The Lion King, kicked off a revival of Disney animation and it is the first animated film to be nominated for a best picture Oscar (and still the only one to be nominated when the list of nominees was limited to five).

Still, taking this new version, directed by Bill Condon, solely on its own merits, it stands as a delightful, charming and altogether enchanting film.

Condon and the screenwriters have taken the basic plot line and embellished it with several new songs and, most noticeably, fleshed out the narrative to expand on the backstory of Belle’s mother’s death as well as giving Belle a bit more empowerment (she is now an inventor like her dad as well as a bookworm). For me, the fleshing out did not particularly enhance the film and may have contributed to it seeming a bit slow, especially at the beginning.

But once Belle reached the castle, the movie soared with enchantment and one was caught up in the “tale as old as time” with all the actors doing wonderful voice work portraying clocks, candelabras, wardrobes, etc. with the production design of the castle especially noteworthy.

The performance by Dan Stevens as the Beast deserves special mention; though he is covered with hair for most of the film, he does an outstanding job with his facial expressions and his voice as he depicts The beast falling slowly in love.

There are nits to pick – Emma Watson’s voice is a bit thin at times and her facial expressions are occasionally wooden (watch her as plates and napkins swirl around her during Be My Guest and where you should see wonder and joy, you see a blank look) and, oddly, the staging and choreography of the song Gaston seems compressed and lacking in fun – but overall it is a delightful film and I dare even the hardest hearted among us not to tear up when Belle and the Beast dance around that ballroom.

Beauty and the Beast gets six out of seven of my run on sentences.