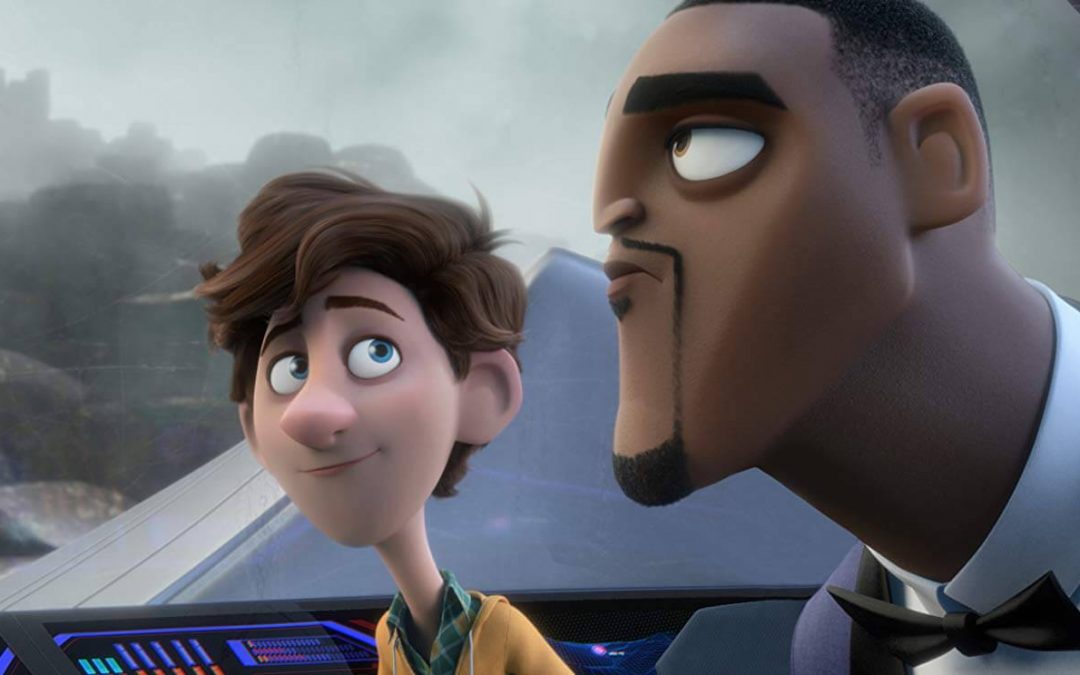 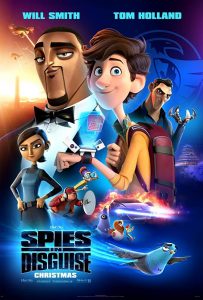 Although based on a short film titled ‘Pigeon: Impossible’, the movie Spies In Disguise is actually an animated remake of best picture nominee ‘The Fugitive’ blended together with a little of Disney’s ‘Princess and the Frog’, your favorite cliches from various “buddy cop”/”odd couple” films and cringe-inducing visual antics that are sure to keep you laughing or at least entertained for the whole run-time plus maybe half-an-hour after leaving the theater.

Will Smith plays himself as Lance Sterling (Dr. Richard Kimble but not really), an arrogant famous super-spy who actually behaves more like an assassin due to his penchant for violence rather than covert surveillance and finds himself framed by a one-armed man for stealing an attack drone during the movie’s explosive opening mission.

With a sudden urgent need to become undetectable, Lance Sterling reluctantly recruits young scientist Walter (Tom Holland, essentially playing Peter Parker again, sans the suit and the movie references), whose weird non-violent contraptions got him fired from the research arm of the spy agency (at Sterling’s request no less), but instead of turning him invisible, Walter accidentally transforms Lance into a pigeon to hide from the authorities while the two of them work to clear the famous spy/assassin’s name.

The course of the movie follows Lance’s comedic struggles to do the simplest of human tasks in the form of a pigeon as Walter works to undo the transformation, and while they go on a globe-trotting mission to hunt down the one-armed man responsible for framing him and protect the spy agency that is tracking them down, in classic ‘odd couple’ style, Lance’s instincts and reflexive use of violence collide with Walter’s weird contraptions and his overall philosophy of non-fatal alternatives, though they predictably find a comfortable truce when confronting a common foe/purpose.

Swapping one Jones for another, Rashida Jones takes over the Tommy Lee Jones role of pursuing Lance Sterling relentlessly while eventually coming to realize his innocence, and Reba McEntire does a flawless “Holly Hunter as Elasti-girl” impersonation as the head of the spy agency, which happens to be located in plain sight beneath a pane of glass at the bottom of the Lincoln Memorial Reflecting Pool.

Ben Mendelsohn stretches his acting muscles by playing another villain in the form of a killer with a robot-arm named…Kill…ian…er….Killian; a Skyfall/Goldeneye-inspired former spy out for revenge against Lance Sterling and the whole spy agency over a mission that went bad, costing him both his team and his computer-rendered good looks.

Kids and some adults will enjoy this fun though formulaic romp that delivers not-quite-Pixar level visuals while offering well-meaning but mostly half-baked moral messages, confidently telling you that “it’s okay to be weird as long as you are useful” or “when faced with a gun to your head, instead of violence, you can use glitter projected with images of cats to solve your problems.”

Doug Jenney
Doug Jenney famously said after a back-to-back non-stop showing of all three Lord of the Rings Extended Editions, "Yeah...let's never do that again."