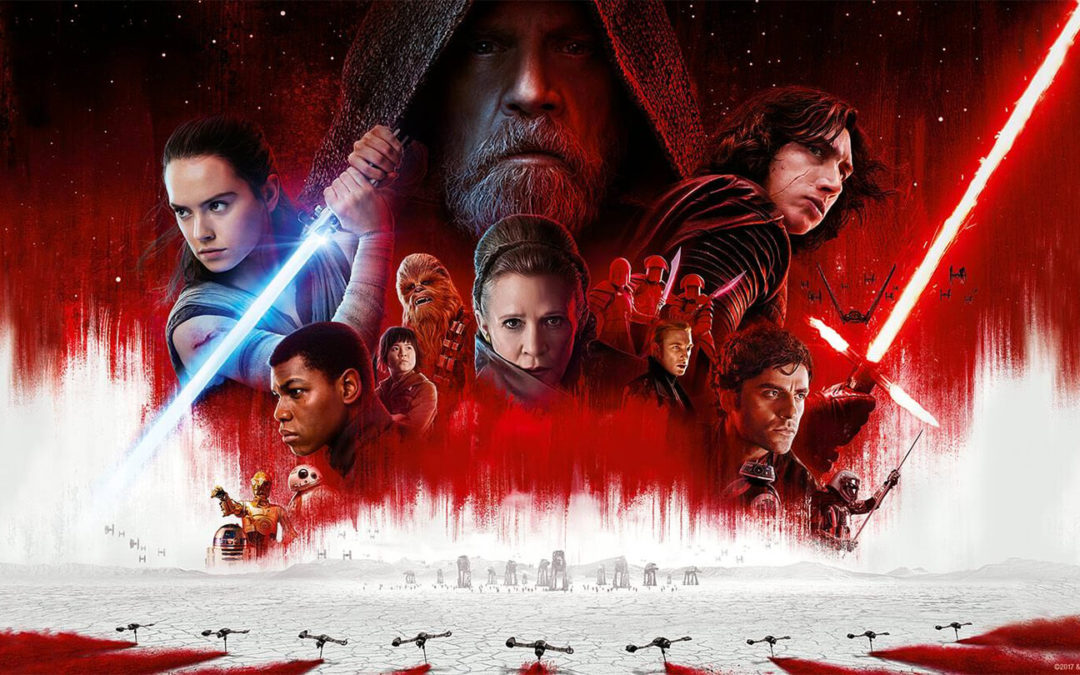 The Last Jedi is the first Star Wars movie that made me feel like I was watching an original Star Wars movie since Return of the Jedi. Failure, exile, mentor, forgiveness, hope…where have we seen this thread before? The score is loaded with Star Wars music (go figure), something that The Force Awakens failed to do and the story is original, again something TFA failed to do. The conflict between the force and the dark side not only plays out between characters but also within them, while putting an emphasis on personal choices and their consequences.

My biggest question going into this was “What’s up with Loner Luke and why does he look like the neighborhood kids won’t stay off his lawn?” The reason for his anguish is revealed throughout and is perfectly braided into the plot allowing for that narrative to be respectfully fulfilled.

The Last Jedi is a complex storyline of multiple plots, some ending and some beginning, but crisply presented to the audience like a vibrant river flowing through a galaxy…far far away.

Worth all 7 of my 7 sentences.

Clay Liebrum
Mainly known for his Netflix binge watching abilities. Shockingly, he does like people too. Most of them.