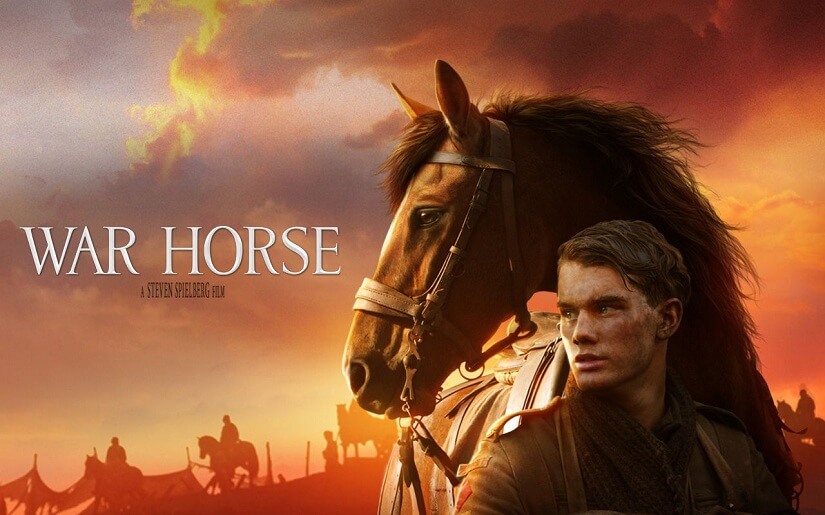 Lots of people will love the movie War Horse, as it plays on their emotions with too much music, overacting, and unnecessarily dramatic lighting.

I’m sure War Horse is a wonderful play, and it’s easy to see the movie’s roots: Things fall out neatly into scenes and acts, and it has dialogue that was almost certainly lifted directly from the stage version, since for some reason, the medium of live theater lets you get away with cheesy melodramatic dialogue much more easily than the medium of film.

War Horse follows the life of a horse born on an English farm, raised and trained by a boy, then sold to the army to save the farm and support the war effort at the outset of World War I.

Then the horse goes on many adventures, becomes a sharpshooter, picks off Nazis, and saves the war for the Brits.

Okay, I lied about that last part, but it’s a heartwarming movie about a boy separated from his horse in a time of war, so you can fill in the blanks however you want, knowing that you’ll never change the ending.

The movie actually does shine for one long battle sequence of trench warfare, reminiscent of Saving Private Ryan, and showing that Spielburg has a deft hand when it comes to creating tense scenes of brutal carnage followed by moments of incredible humanity.

But then we return to the farm, to the strange outdoor lighting and color treatment that looks like Gone With the Wind, and to the cardboard archetypal characters that seem more at home in a children’s book than an adult’s film, which, as you may have guessed, is where these characters lived even before they made their stage debut.