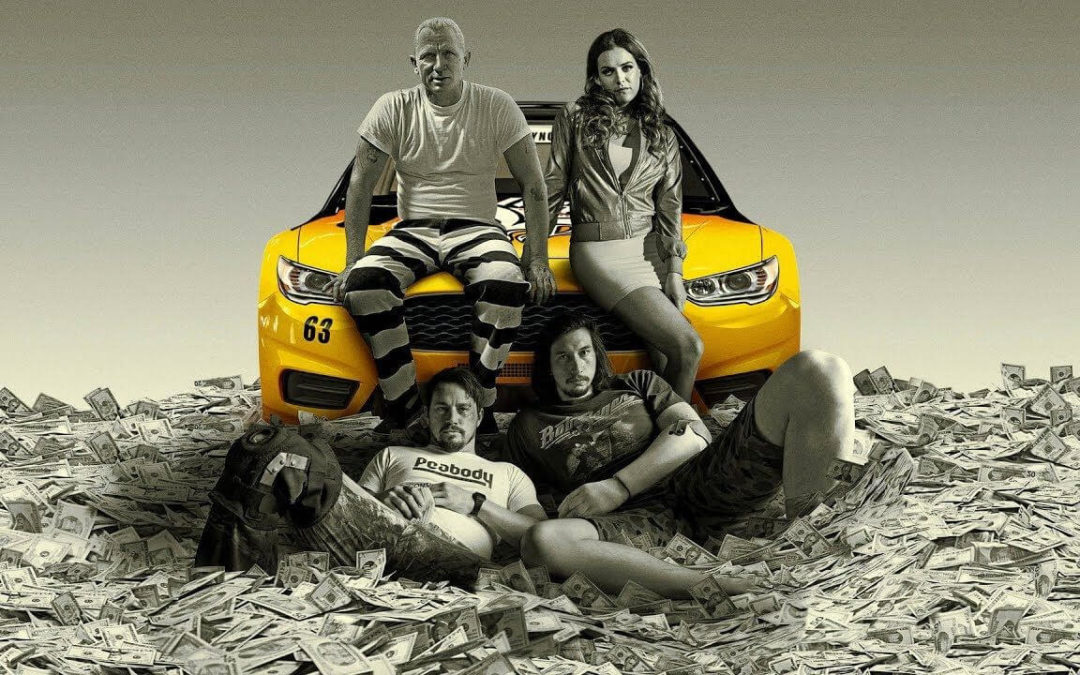 In 2001, director Steven Soderbergh brought Ocean’s 11 to the screen, telling the tale of a crew led by Danny Ocean (George Clooney) as they robbed a Las Vegas casino; in two subsequent sequels, Soderbergh continued the adventures of Danny Ocean with diminishing returns.

Now, four years after announcing his retirement from directing, Soderberg has returned with a Southern-fried variation on the same story, calling it Logan Lucky; it is the story of a bunch of West Virginia rednecks who decide to rob the Charlotte Motor Speedway during the Coca-Cola 600.

It is a pleasure to be able to report that this new variation on a theme is funny and charming, with a very good cast clearly enjoying themselves. Channing Tatum and Adam Driver play brothers who concoct the scheme and they are aided and abetted by Daniel Craig (James Bond himself) clearly having a blast as explosives expert Joe Bang (pun definitely intended).

Assorted other characters pop up, including a late-film cameo by an Oscar-winning actress, but the real fun of the film is watching the robbery unfold and the subsequent twists and turns: along the way there is a great Game of Thrones joke, a funny turn by Dwight Yoakam as a prison warden, and a surprisingly sweet performance of “Take Me Home, Country Roads.”

It would be awfully easy to oversell Lucky Logan; it is a slight wisp of a film, not standing up to a lot of post-viewing scrutiny. But in the doldrums of August, when there isn’t much out there to draw one into the local multiplex, it is charming enough to merit 5 out of my seven run-on sentences.