The Secret Life of Pets 2 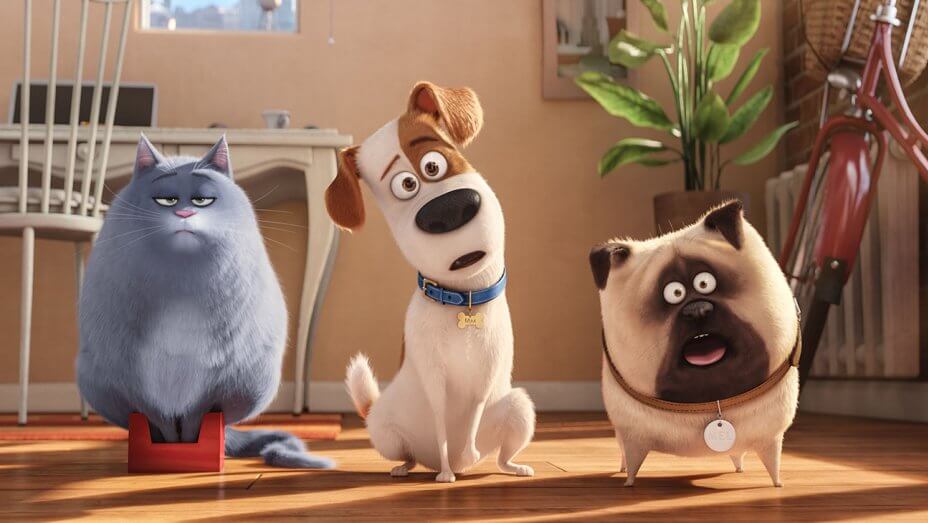 There’s a movie poster for The Secret Life of Pets 2 (pictured here) that shows the dog Max wearing a cone around his head and a sign around his neck that says, “Don’t laugh.”

The sign wasn’t necessary, since the movie did its best to make sure we didn’t, providing very few laughs (at least until a very funny moment in the closing credits, which is not enough to redeem this waste of time).

The three adults and three kids who saw this together all agreed, the movie is a dud, with two predictable storylines that rehash plots we’ve seen before (City Slickers, anyone?) with characters we don’t care much for.

While Kevin Hart’s fluffy bunny Snowball is the most entertaining character, the movie lacks heart, despite its attempts to dictate a lesson about bravery and courage in the midst of change.

The Secret Life of Pets 2 takes an okay-ish franchise and weakens it,  practically guaranteeing I’ll avoid the almost certain to be made sequel.

Having animals talk in sassy or funny voices is simply not enough to make a good movie.

The movie isn’t offensively bad, but it’s just not very good, and will be largely forgotten just as soon as I post this review.