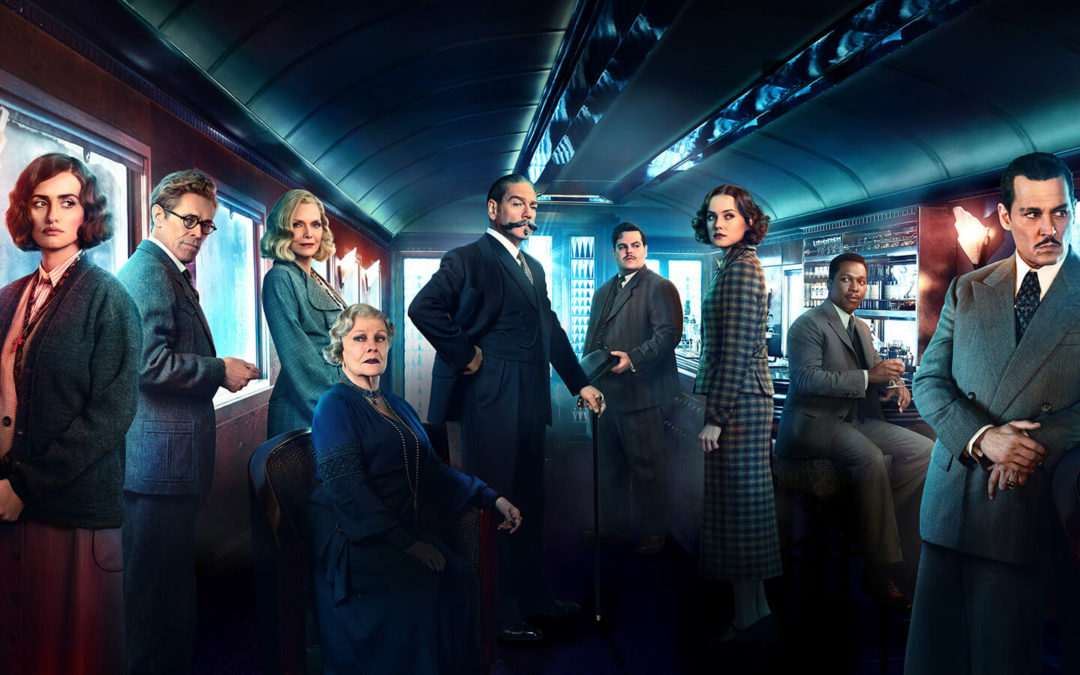 When reviewing Kenneth Branagh’s new film of Agatha Christie’s Murder on the Orient Express, one is compelled to not only address the issue of whether it is any good  but also the issue of whether it even needed to be  remade, since after all, a perfectly serviceable  version of the 1934 novel was released in 1974 and, in this age of CGI spectaculars dominated by superheroes, there doesn’t seem to be much interest in the type of drawing room mysteries written by Ms. Christie.

In the opinion of this reviewer, the answer to the first question is a qualified yes and the answer to the second is probably not, for while Branagh has crafted a film that is lovely to look at, provides an entertaining two hours of escapism and is certainly a refreshing change of pace from most of what fills the multiplexes these days, the reality is that box office prospects are limited for what is essentially a whodunit confined to a train.

Not that Branagh doesn’t make an effort to open things up – he has a prologue set in Jerusalem that establishes the credentials of his protagonist (the Belgian detective Hercule Poirot), he tries to get his characters off the train from time to time (leading to some pointless walks on the top of the train cars) and he stages the final reveal of the murderer in a tunnel, with the suspects sitting behind tables in a tableau that immediately brings to mind Da Vinci’s Last Supper.

Director Branagh also seems to be fond of odd camera angles and trickery, and some of it works (for example, a nice tracking shot when Poirot first walks through the train, a shot that has him pass each of the potential suspects, is effective and probably will be studied in future film classes) but another scene, in which the victim’s body is found, is shot from overhead, a perspective that seems to offer little  of value other than to be different.

As for the acting, there is little to note, as few members of the stellar cast have enough to do to make much of an impression since their roles are limited to furtive glances, furrowed brows, or protestations of innocence (Penelope Cruz, for example, barely registers with less than five minutes of screen time though she is hardly the only one) while Branagh, doing double duty by portraying Poirot, is quite effective, capturing the OCD nature of the character while injecting some welcome notes of humor (such as his delivery of the line “I hate your face.”)

Despite these reservations, the film is lovely to look at (the production design is Oscar worthy) and the story, despite being over 80 years old, holds up; I saw it with three others, none of whom knew the ending, and they all were caught by surprise at the big reveal.

On balance, Branagh clearly accomplished what he set out to do: lovingly craft a well-made film that takes one back to the days of interestingly plotted stories filled with familiar faces, and his enthusiasm leaps off the screen, thus making it easy to forgive him for occasional camera stunts and not giving his all-star cast much to do, and even if the movie didn’t really need to be made (and the ending strongly suggests another Poirot mystery is coming), he gave me a pleasant diversion and an enjoyable time at the multiplex, thus earning five out of seven of my run-on sentences.