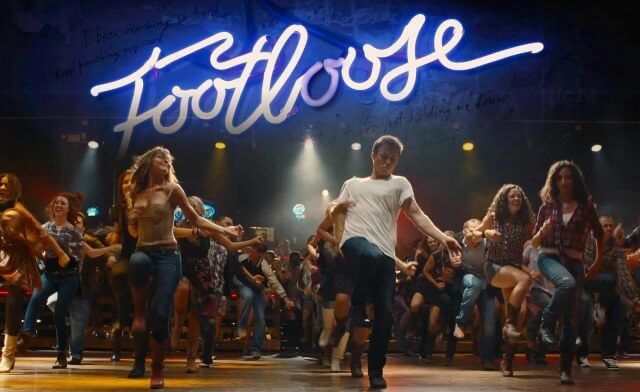 As a personal one-man protest against the silliness, I got up and got a popcorn refill at what was intended to be the high point of an exciting school bus race (which, believe it or not, replaces the iconic tractor race from the original movie).

But surprisingly, in spite of the often embarrassing material, the actors are quite winsome and do well with what they’re given.

Kenny Wormald channels a young Johnny Depp / Ralph Machio / James Dean as Ren MacCormack, the Bostoner fish-out-of-water in the hick town who helps them kids realize “this is our time to dance.”

But the real surprise is Ren’s sidekick Willard, played by Miles Teller, whose ability to steal every scene he’s in almost makes this a movie I can recommend.

Worth only 3 out of 7 of my run-on sentences.