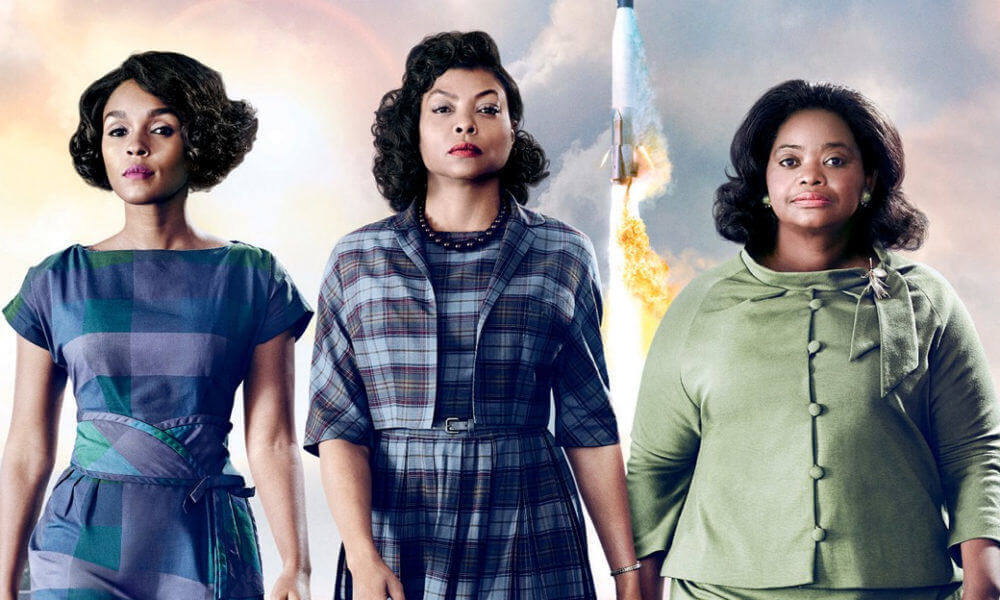 Hidden Figures is the (mostly) true story of three African-American women who worked for NASA in the early 1960s and made significant contributions to America’s space program. The women – Katherine Johnson (Taraji P. Henson), Dorothy Vaughan (Octavia Spencer) and Mary Jackson (Janelle Monae) – deal with the casual racism of the time as well as the belief that women were not capable of being scientists or engineers.

The film works for the most part in bringing these women’s stories to life though it suffers somewhat from a problem typical of movies such as this in that it somewhat sanctifies the characters, giving each of them a big scenery-chewing moment that is unlikely to have actually occurred, moments that seem much more like the product of a screenwriter’s imagination than a real-life exchange.

Still, the story is a fascinating and enlightening one and it is likely that most moviegoers are unfamiliar with the role these unsung women played in the early days of the space program. Director Theodore Melfi, whose previous major credit was the underrated Bill Murray vehicle “St. Vincent”, gets excellent performances from his three leads and does a nice job incorporating actual news footage of early launches.

The film is a tad long and could have used some judicious editing – 10 minutes could have been trimmed with no great loss – and the music was a bit overbearing at times. But despite the Hollywoodization of the story (ergo my use of the word “mostly” in the first sentence), this is a story that needed to be told in order to give appropriate recognition to some very deserving women.

Worth 5 of my run-on sentences.